The Rise of the Goddess I laid there, shaking uncontrollably on the ground, the medicine was working. Thousands of miles away from home in the middle of the jungle surrounded by a small group of people I knew no more than strangers, but we were all gathered for the same thing. We were all in search for healing. Healing our hearts, minds and souls. Each carried with them their own baggage of emotional pain and trauma from life experiences, each frothing at the mouth for the sacred, healing elixir whose reputation was known to kill the ego and resurrect the voice of the forgotten soul. This powerful cocktail which is said to accomplish in one night what ten years of therapy can do and I was simultaneously elated and scared to death. Was it really this simple? Could I truly emerge anew after consuming the tincture? Would the effects of childhood trauma and abusive relationships really disappear? A lifetime of pain worthy of a depressing Netflix documentary and a story that only Oprah could justly capture. I wasn't sure, but it was worth the risk. It was as if the archetype of my being, past present and future existed for this moment in time, this defining juncture known only by the keeper of the Akashic records, I was being propelled on a path unknown to my ego but designed by my soul.

It had been exactly twenty years since I dedicated my life to healing after a suicide attempt. I was one of six children who had experienced generational and systemic abuse throughout childhood. Years of my fathers violent rages and emotional atrocities left us all no more living than a walking carcass. Growing up, emotional support was a privilege we weren't privy to. My mother had suffered greatly by the hands of her father and that agony carried on by her husband, my father. She lived in continuous state of fight or flight where her only focus was held on keeping her children alive and protecting our family's image. Boundary beaten and hemorrhaging, I became easy prey to every predator within a thirty mile radius and a taste for blood. At nineteen, my existence became unbearable. I felt worthless. Invisible. Unloved by all. The depths of emotional repulsion I had for myself screamed through my veins of self hatred, violently pulsating blame and disgust. There was no escaping the hell I endured with each passing breath. Desperate to free myself of misery, I took action on a permanent exit strategy. Emerging from the fog of my failed suicide attempt, sitting alone in the dimly lit hospital room, I broke down and wept in my hands. I was still here, I was going to have to face my demons. I knew in that moment I needed to take swift and massive action towards healing. From that point on I engaged in various therapies, studied psychology, eastern medicine and learned numerous energy medicine modalities. I was committed to healing, becoming whole, loving myself, loving live and thriving.

I wish I could tell you that my journey was linear without setbacks and I never fell prey to another abusive or tumultuous relationship. I wish. However, each time I walked away, I gained three things. I gained wisdom, a little more self respect and a little more selflove. My tool box was getting filled with a fresh perspective to create healthier boundaries and I was gaining confidence to know not only what I didn't want, but defining what I did want. Shadow work, personal development, became a favorite pastime in the stillness of my mind. I was healing and growing. Things were getting better, guys were getting better but I couldn't shake something. No matter how perfect things were, there was always something very wrong at the core of every relationship that left me feeling like the same unloved, uncared about, five year old, little girl. What was wrong with me? Why was this still happening? The truth was revealed to me through the loss of the most profound relationship I had ever had. My soul was damaged. I needed spiritual repair. And there I lay in the midst of the jungle, terrified about what was to come yet an anticipation of exhilaration only a child waiting for Christmas could comprehend

My body trembled, shook and even convulsed for a duration where neither time nor space existed, freeing the remaining trauma I had previously failed to release. Tears of immense gratitude poured down my face like the cleansing, nurturing water of the rain as I whispered my perpetual appreciation. The infinite source of her power was felt as she swept over me in waves deep, penetrating healing that left me incapable of movement, sweating and cold. This intense metamorphous was cyclically succeeded by a resting period where my physical body was liberated from her potent grip and I collapsed, energetically sinking into the ground below my physical body. She left me there, allowing recovery and recuperation to prepare for another round, another layer deeper, surgically removing all of that which no longer served. This cycle of shaking, working, crying with rest and perfuse perspiring went on endlessly. Then suddenly, I felt something. A tingling and warm fuzzy feeling gaining momentum at the base of my spine in my sacrum. It was the unmistakable sensation of eroticism typically associated with genitalia. Slowly I felt the energy inch up my spine gaining in strength. Familiar with the spiritual and esoteric discipline of Tantra, I laid there in utter disbelief. Was this really happening to me? Was my Kundalini awakening? The energy continued to escalate as it crept up my spine, clearing each diseased chakra in its path, creating burst of fireworks in my vertebrae. Attempting to be modest, I held my breath in an effort to control the screams of pleasure. It became physically impossible, as each chakra cleared, the energy of selflove exponential gained velocity and I began to release this piercing, screeching sound. As this magnificent and extraordinary energy made it to the top of my spine, it exploded through my third eye and immediately following, shot out from the top of my head through my crown chakra. In an instant, aware of my ego's insecurity and desire to disallow and impede my voice from being heard, I made the conscious decision to let go. Let go of all the fear, the fear of judgment, the fear of my own truth, my voice, my fear of letting the world see me in my real and raw, authentic form. I took my power back, embraced the energy and unapologetically screamed in sheer, erotic delight. Barely breathing, my body was stiff and taunt with my back still arching in memory of the cascading fireworks that blown off with such fierce intensity. It was unlike anything I have ever encountered and mere words give not the brevity required for one to grasp the essence of such enlightenment. Bliss and love were the only two things I felt. The powerful orgasm of illumination had been the totality of procuring more love of self as each chakra healed from emotional trauma until the escalation of love grew to an augmented form and created wholeness that resonated with the vibrations of utopian bliss few will ever experience. Shock waves of electricity sparked within every cell of my body. I was in complete union with my soul, my divinity, the Goddess within me. She had emerged. I felt powerful. Beautiful. Unstoppable. Capable of moving mountains, parting seas and lighting cities with the massive amount of electricity that raced through my body. Most of all, I felt the quintessential essence and vibration of love. I was love. I, Helena Klassen, had regained my pure, vibrational form of love. I had transmuted my pain and suffering and harnessed it to give rise to my power, my authority, the Goddess within me.

Almost seven months ago, my unwavering love for myself has not faltered or diminished. No man or woman can take what is within me, what I possess and who I am. No man or woman can define my value. I need no one's approval or acceptance. I approve of and accept myself. I need not to be enough for anyone, I am plenty. I am not in need of accolades or complements to soothe a wounded ego, I am fiercely confidant in my skin and am in all knowing of my worth. I need not another half to be whole, I am whole. Physical engagement is no longer required to bring me to rapture, rather it's in the presence of agape love that brings me to my knees. Moments with kindred spirits or in the solitude of meditation and breathing. My lover is a tool I can wield for mutual pleasure; however, only the keeper of my soul shall ever possess the power to wield my body and stir my spirt. A man who is strong enough to love with unconditional bias, gentle enough to nurture all that is good within me and bold enough to prize all of that which is not. The ultimate protector of my mind, body and soul. He keeps the key to my heart, the gateway to my soul. Relationships no longer come from a source of lack, because I am enough. I know who I am. I am love and light.

The Goddess has risen.

Stay connected with news and updates!

Join our mailing list to receive the latest news and updates from our team.  Don't worry, your information will not be shared.

We don't vibe with spam, your information will never be sold. 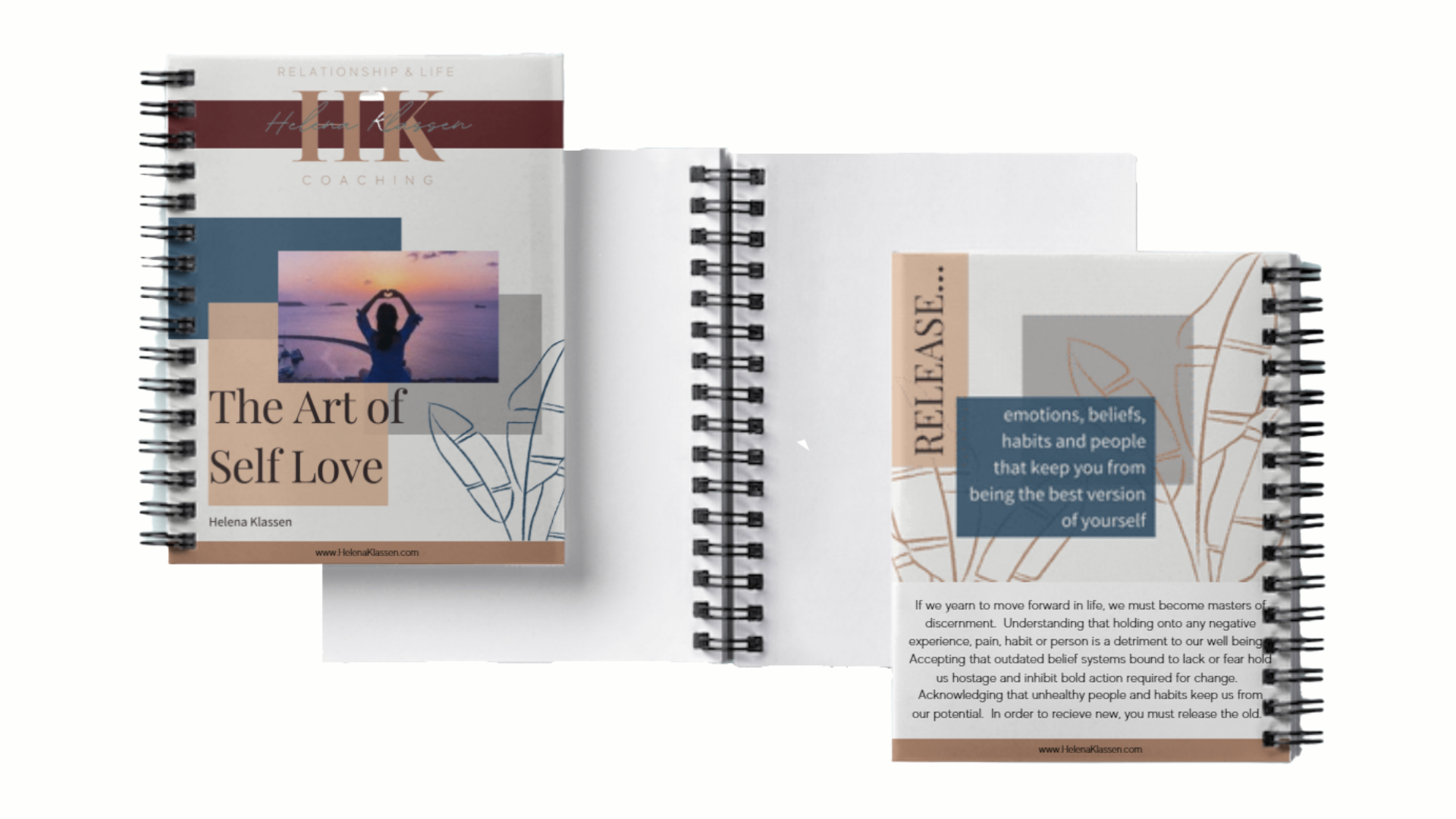 The Art of Self Love

Sign up to receive 6 POWERFUL TIPS no one talks about to Raise your Vibe PLUS a 30 Day Accountability Journal!

Help Me Raise My VIBE!

Get the latest blog sent directly to your inbox.